FOR FREEDOM OF SPEECH IN ITALY, #IOSTOCONERRI 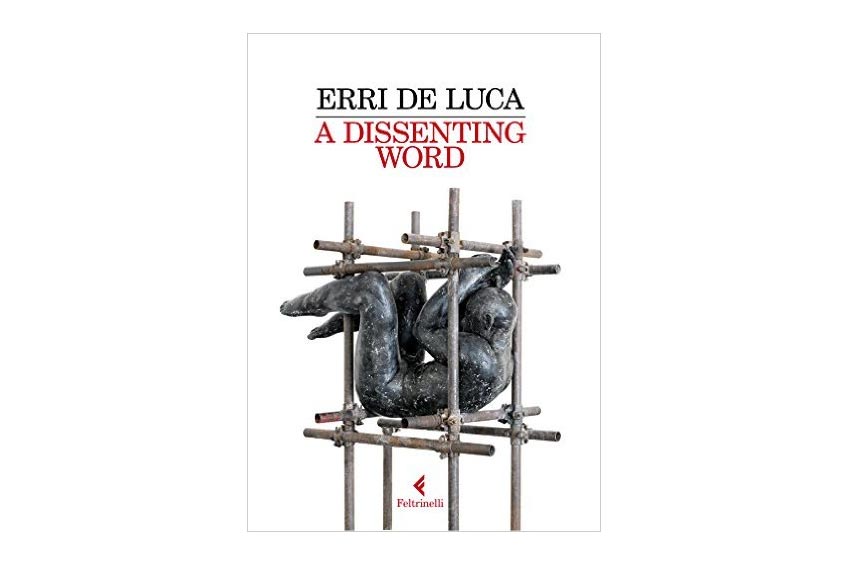 Turin (Italy) (AFP) – Italian prosecutors called for Erri de Luca, a writer on trial for inciting criminal damage to a controversial high-speed rail link through the Alps, to be thrown behind bars for eight months. Erri De Luca, one of the most famous Italian writers had until now risked a possible five-year prison term in a case that has become a cause celebre for the anti-globalisation movement. The verdict is expected on October 19.

De Luca, who insisted from the start that he would not appeal if he was found guilty, said he was “stunned by the difference between the arguments produced (by prosecutors) and this minimum” sentencing request.

“I expected the maximum,” he said.

At the heart of the case are statements made by De Luca in interviews in which he described as legitimate attempts to sabotage a project that has become a focus for anti-globalisation protesters.

His defence is essentially that sabotage has several possible meanings, not all of them amounting to criminal action, and De Luca had previously told the court that he was only capable of inciting people to read or write.

De Luca was prosecuted at the instigation of LTF, the Franco-Italian consortium building the multi-billion-euro link from Lyon in France to Turin in northwestern Italy.

Italian authorities later joined the prosecution of the writer over the content of two 2013 interviews in which he was quoted as saying the rail link “should be sabotaged” and that he thought “it is just to sabotage it.”

“We cannot invoke freedom of expression in this case,” prosecutor Rinaudo said Monday, arguing that De Luca’s statements to the media had been made publicly and in a “precise context” which lead to “concrete and illegal acts”.

The writer’s “international renown” gave his words extra weight, the prosecutor told the court, with around 40 members of the public present, some wearing T-shirts or badges reading #iostoconerri (I’m with Erri).

Opponents of the rail link say it will wreck the pristine Val di Susa on the Italian side of the Alps and potentially release toxic asbestos particles into the environment. But it is not just a local issue. The “No TAV” movement has become a rallying cry for activists across Italy who see the multibillion-euro European project as an encroachment on national sovereignty and a symbol of wasteful and useless exploitation for corporate gain. Many think the project will never be completed, meeting the same fate as hundreds of other public projects in Italy.

Despite the ferocious opposition and criticism from France’s public spending watchdog, the two countries’ governments are committed to the project, for which drilling work began in 2013.

It is expected to be completed in the late 2020s at a cost of at least 26 billion euros ($29 million), around 40 percent of which will be provided by the European Union under a scheme to promote strategic cross-border links.

Erri De Luca is a writer, novelist, story-teller, essayist, translator and poet. He has published more than 70 books, numerous collections of short stories and poems, translated in more than 30 languages.

In a written defence of his actions called A Dissenting Word, De Luca says the word “sabotage” has an “enormous range of figurative uses”, like the word ‘obstruction’.

“I would willingly accept a legal conviction, but not a reduced vocabulary,” he writes. He says prosecutors have not been able to link his words to any specific act of violence.